These are just a few of the dogs that are looking for homes...there are sadly many others which we cannot include here for various reasons. Please do contact us here if you would like to register your interest for adopting a dog from Cyprus via Love Cyprus Dog Rescue, thank you.
​ 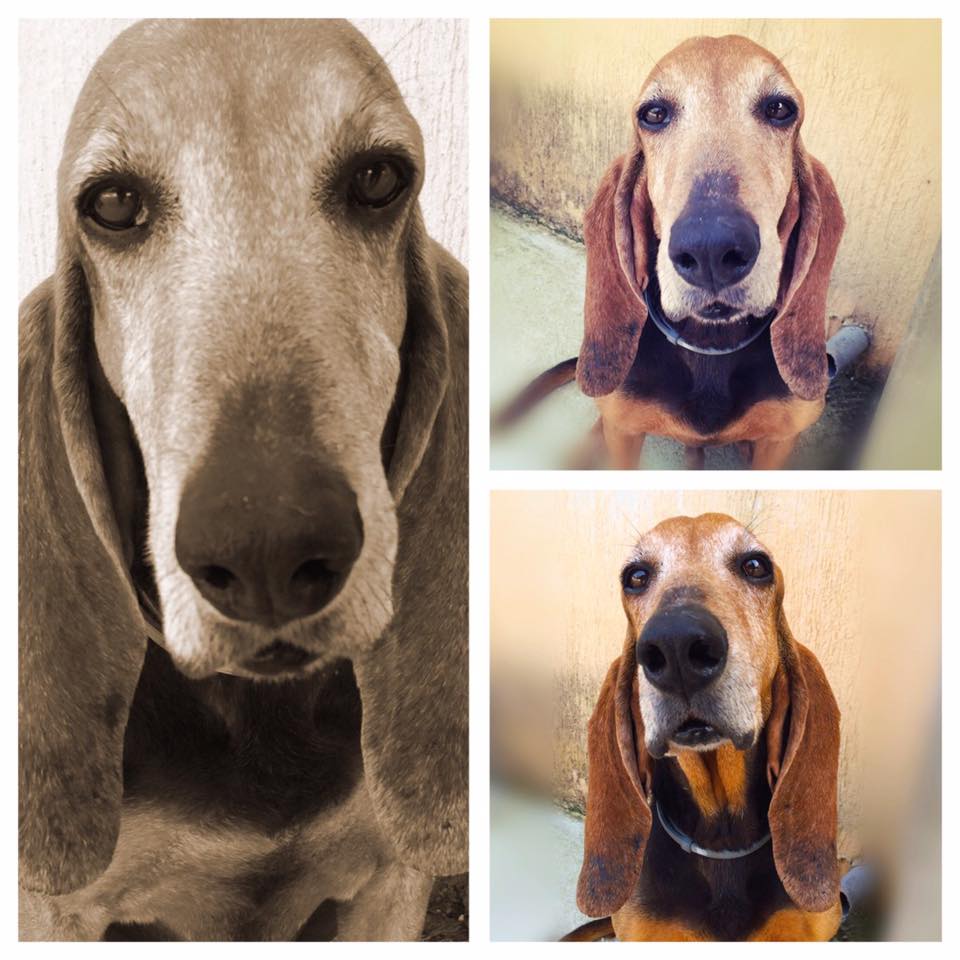 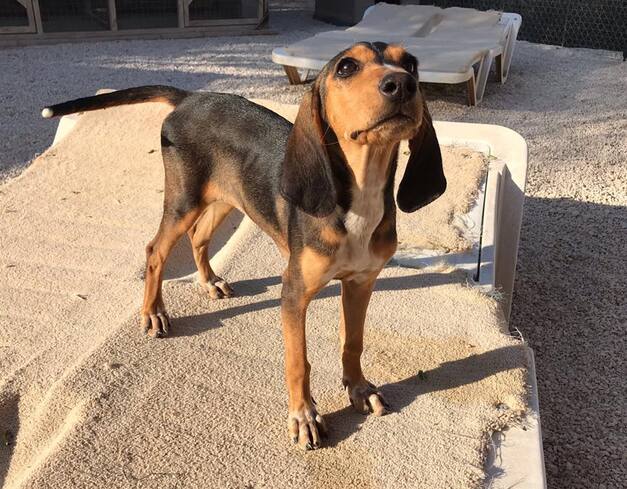 ​Beautiful puppy ‘Pip’ was dumped on the side of the road in the middle of nowhere most probably so she’d never be able to find her way home! Luckily my husband was on his way to work when he spotted her on the side of the road crying most probably looking for her mummy.... He managed to catch her after she nervously approached him crawling along on her tummy and took her straight to the vets. She was only 3.4kgs and all her bones showed in her body. Pip is now in good health currently weighing 5.9kgs and is on four meals per day. She’s growing fast, happy, loving and loves other dogs big and small. She’s the cutest little girl looking for a wonderful home where she will flourish and bring so much joy to her adoptive family

Henry is a 1yr old Pointer cross who has until recently spent his young life in appalling conditions in a 'shelter'. He has missed out on critical socialisation as a puppy and appears to have suffered trauma. As a result he can be afraid of new situations and people, particularly men. In his current foster home, he has over the last four months formed a close bond with his foster mum and trusts her enough to live normally in the house with her and her own dogs, travel in the car and go on walks. He gets on great with other dogs and cats, but takes a long time to trust people he doesn't know and will hide in his bed. He also becomes anxious if left alone the house for more than an hour but is now comfortable being left in a safe, secure crate with another dogs presence in the room for up to four hours. He is extremely loving and affectionate once he has formed a bond and is an intelligent and highly energetic dog, always on the go and thriving on exercise and mental stimulation. Henry still has some way to go and needs to find an experienced home that will help him progress at his pace and encourage trust and build his confidence. He still needs basic training, although he has learned sit, will come when called and is house trained. Ideally he would need to be in a quiet, rural area, away from children, lots of people, traffic and noise. He would prefer an active lifestyle and in time would be a great sports dog. He is an amazing boy, loving, funny and kind and in the right hands will be a perfect companion! 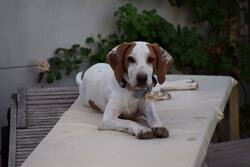 REHOME Soli
This is the gorgeous Soli ❤️
10 months ago Soli was found by a lady dumped by a bin at only 48 hours old! Some heartless idiot had left him there to die but it was his lucky day when his mum found him. She bottle fed him from a tiny puppy and has loved and cared for him dearly..... However sadly the decision has been made that it would be better to find him a new home as him being a pup he needs much more than his mum can give. He’d love a home with someone that can give him lots of exercise and mental stimulation, someone that can take the time to train him so he can run off lead through the green fields and feel the wind in his ears 😍 Soli is only 10 months old and and would love a home with another dogs/s as he’s very nervous so needs time and patience. Another dog would definitely help him overcome his fears and he’d have a friend to play with to! Unfortunately no young children as he needs somewhere peaceful he can relax and build confidence. He’s a super gorgeous boy that just needs a second chance in life.......

REHOME LOUIE
​Meet ‘Louie’ a stunning Pointer that was dumped by hunters after the season had finished and they no longer had any use for him 😡
Sadly Louie sat for two days on the side on the road in the bushes waiting for his owners to come back where they had dumped him but they never came... He was so terrified that after two days of trying to catch him we had to result to a trap. He was so starving being skin and bone that it took less than 45 mins for him to see the food was a much better option than none! The trap went down and that’s when we collected him and brought him back to our sanctuary here at ‘Love Cyprus Dog Rescue’.
Louie is approx 4 years old and super affectionate however he’s a very scared boy out of his comfort zone so he’s looking for an understand owner that can help him over come his fears. He was skin and bone when he arrived, he still needs to gain weight but he’s now been neutered, vaccinated and blood tested and everything is good ready for him to find a home of his very own ❤️